It’s end of the week, which means it’s time for Freelancer Friday. When it comes to working on client projects I’ve worked on applications ranging from apps that I could build in a few days to applications that have taken over a year of development time and involved over a dozen different developers. So what the best way to work with outsource web developers? Whenever I have a large project that requires a development team that I need to bring onboard it presents a series of challenges, such as: do the programmers specialize in the features that need to be built out, will bringing on other developers allow the project to stay on budget, how can I make sure that the code quality meets the client expectations?

I could pretend that the outsource web developers I’ve worked with were managed properly for every project, but that would be a horrible lie. In fact I got the idea for this post based on the many times that I’ve had poor experiences managing development teams.

Based on my mixed experiences in managing outsource web developers, I’ve built the following system for ensuring that I have picked the right set of developers and that they are producing code that will help make clients happy.

If you’re bringing on an outsourced development team it typically means that your time is limited, however if you follow these three steps it should help your project to be successful.

Some of the tools that I use to manage development teams are: 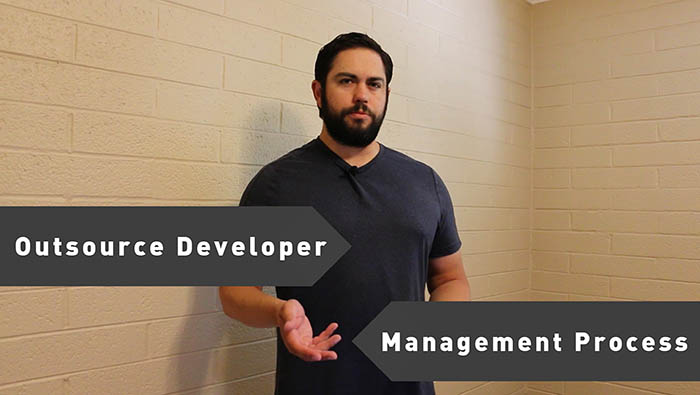