On Wednesdays I like to cover topics related to improving as a developer and today I’m going to discuss how you can find the balance of best practices vs creativity as a developer.

To be honest, this was initially a difficult post to write, mainly because I had a hard time organizing my thoughts on the topic since it’s a little abstract. I had the high level concept of the strained relationship between best practices vs creativity as a developer, in the sense that many developers, especially ones new to coding will fall into two camps:

There are pros and cons with both approaches, and like many other topics, a cross between the two is going to result in the best strategy. Let’s look at the pros and cons of following best practices and ignoring the idea of being creative:

Before I go on, please don’t misunderstand me by thinking that I’m saying that developers who follow best practices have these issues. I’m simply referring to developers who throw creativity out the door and simply try to build programs using standardized methods and attempting to copy code that they see from other developers.

Now let’s take a look at the pros and cons of developers who only embrace creativity:

So if there are pros and cons to both approaches, which is the best way to go? I am a self taught developer, and originally I definitely fell into the second camp of building apps simply using creativity. However I ended up building some horrible applications, I did learn a lot about various languages through the process, so it was a beneficial strategy from a learning perspective. Over the years, since I matured as a developer, I realized that I had to find a balance between following standardized best practices and being able to add my own creative touches into a program.

It’s simply ignorant to disregard industry wide accepted best practices. Concepts such as properly structured, object oriented code increase a project’s maintainability and also makes it more efficient to add new features in the future. Some of the most brilliant minds in the world have spent the past century refining development procedures, and a good developer should build upon that cumulative knowledge.

With all of that being said, there is still a place for being able to integrate your own creativity into a development project. The more skilled I’ve become as a developer I’ve realized that I’m more creative with my code than I ever was before. When I originally started programming, my “creativity”, was really just an unorganized attempt to get features to work the way I thought they should be structured in my own mind. However, around a decade of experience has refined how I build programs, and that experience has allowed me to learn how to be more expressive with how I write applications.

The more confident I’ve become as a developer the more I’ve been able to explore different ways of building projects and I’m having more fun now than ever I had before. 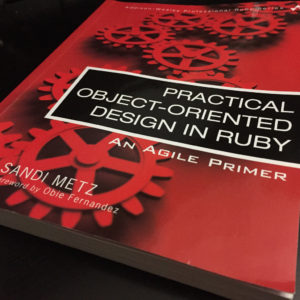 I’ll leave you with this thought from Sandi Metz, one of the software developers I personally admire the most and the author of the book “Practical Object-Oriented Design in Ruby” when she described the balance between following cookie cutter approaches vs implementing creativity in development, she said,

“Design is not an assembly line where similarly trained workers construct identical widgets, it’s a studio where like-minded artists sculpt custom applications. Design is thus an art, the art of arranging code.”

I hope that this has been a helpful discussion and will help you find the balance of best practices vs creativity as a developer in your own projects. 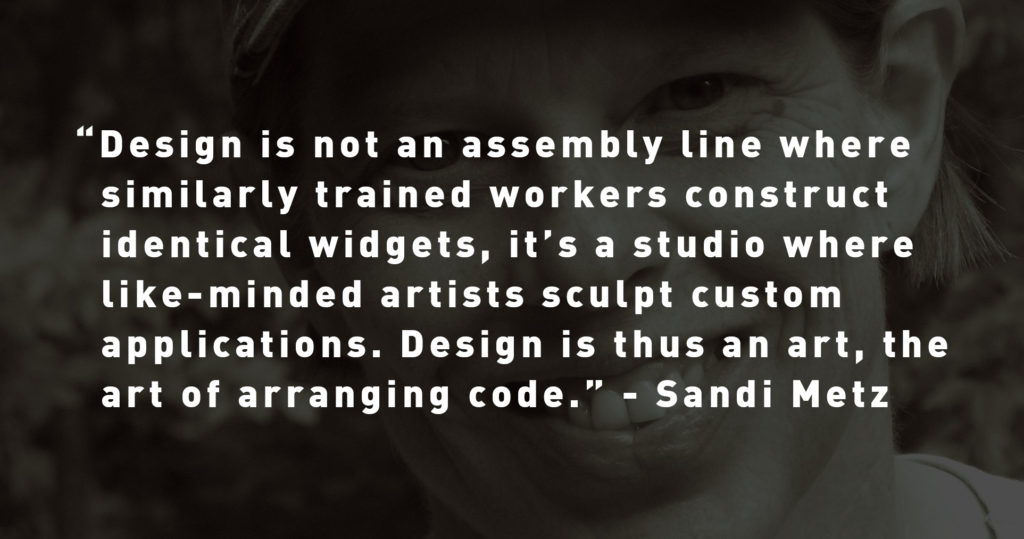