On Thursdays I like to cover topics in the tech news and today I’m going to discuss how artificial intelligence programs see the world.

This post was inspired by an article I was reading from the MIT Technology Review. 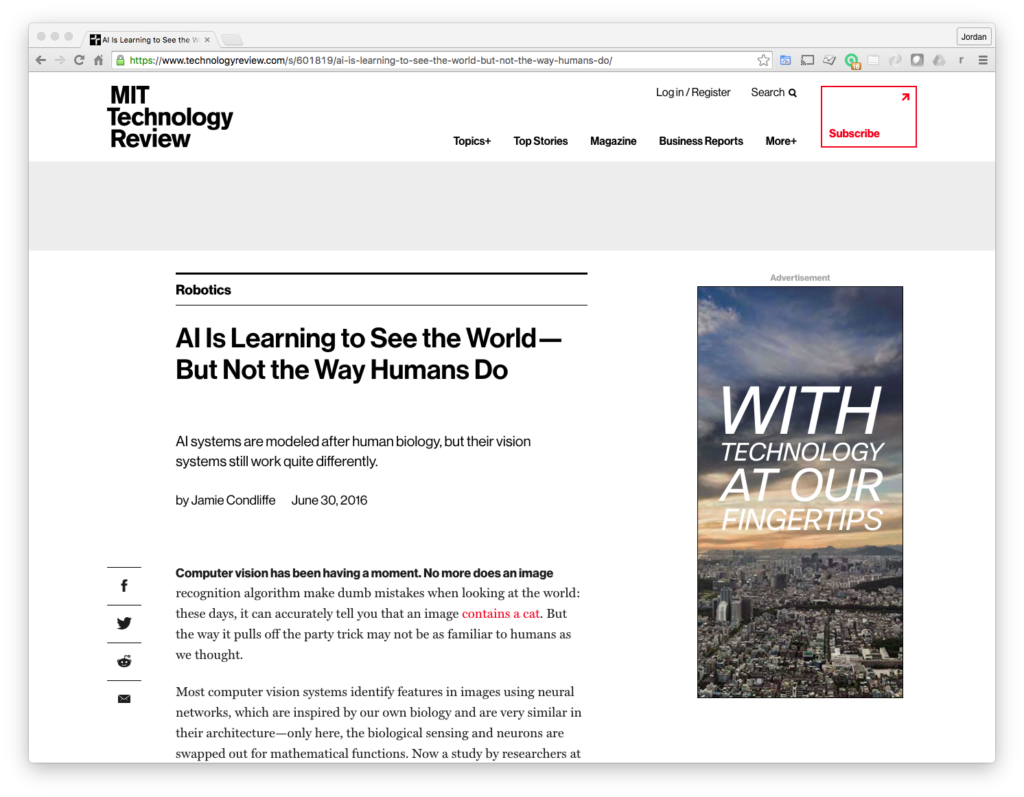 The article was titled “AI Is Learning to See the World—But Not the Way Humans Do”. This title caught my eye right away because it described what I’ve seen throughout my graduate school studies.

While I don’t pretend to be a domain expert when it comes to artificial intelligence. I have taken a number of courses on the subject and I find it fascinating. This article specifically struck a chord with me because it focused on an element of AI that is often times overlooked.

So many people have the movie version of artificial intelligence in their minds. 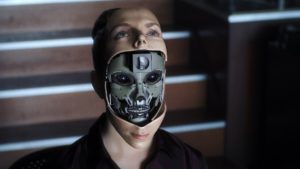 Images of human like machines that act exactly like humans, except for the lack of emotions may be scrolling through your thoughts right now.

However it’s been my experience that the future of AI will be much different than what science fiction suggests.

Before we go further into my opinion on how artificial intelligence programs see the world, let’s scroll back in history and look at a different type of technology. 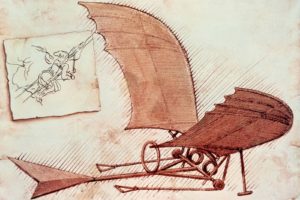 Before the Wright Brothers went on their initial flight, humans had been attempting to fly for thousands of years. However, the early flying technology failed. This was mainly because humans were attempting to replicate how birds fly in order to allow humans to take to the skies.

It wasn’t until humans realized that conquering flight was going to be accomplished via a different route were we successful. As you may have noticed, airplanes do not resemble birds in the least bit, in form or function. There are some commonalities that both share, however at the end of the day planes and birds are able to accomplish the same goal, flying through the air, while using very different processes.

This analogy is how I like to think about artificial intelligence vs humans. Computer scientists have been trying for years to build computers that mimic human intelligence and behavior. However I believe that true AI will not resemble humans at all, but instead will be tools that allow humans to become more skilled at whatever we do.

With so much discussion on whether or not artificial intelligence programs will replace humans and take over the world, a view held by Elon Musk and Stephen Hawking, the true goal of AI gets lost in the debate.

In analyzing the true purpose of AI, it helps to discuss what computers can do better than humans, and vise versa.

Computers can process vast quantities of data in a very short period of time. This processing power is far better and more efficient than humans.

On the other hand, humans have the ability to make common sense decisions and learn how topics are related to each other.

Therefore the goal of AI, in my mind, should be to combine the decision making power that we have as humans. And augment that with the processing power found in computer systems. This type of application would be very effective.

Let’s consider how AI can be applied to learning how to code. Right now universities and coding bootcamps are trying their best to teach students how to become developers. However even the best schools have to use a one size fits all approach in some form or another.

This approach to teaching development is the best we can do right now. However, by leveraging AI, schools will be able to analyze learning trends. Which will allow them to customize curriculum based on student behavior. Imagine having curriculum dynamically changing based on how you performed on an exam or homework to fit your needs? That’s what is possible with the proper application of AI.

This type of behavior can be developed, not by space age robots, but instead by practical machine learning algorithms that track students’ performance.

Turn Off the Computers! 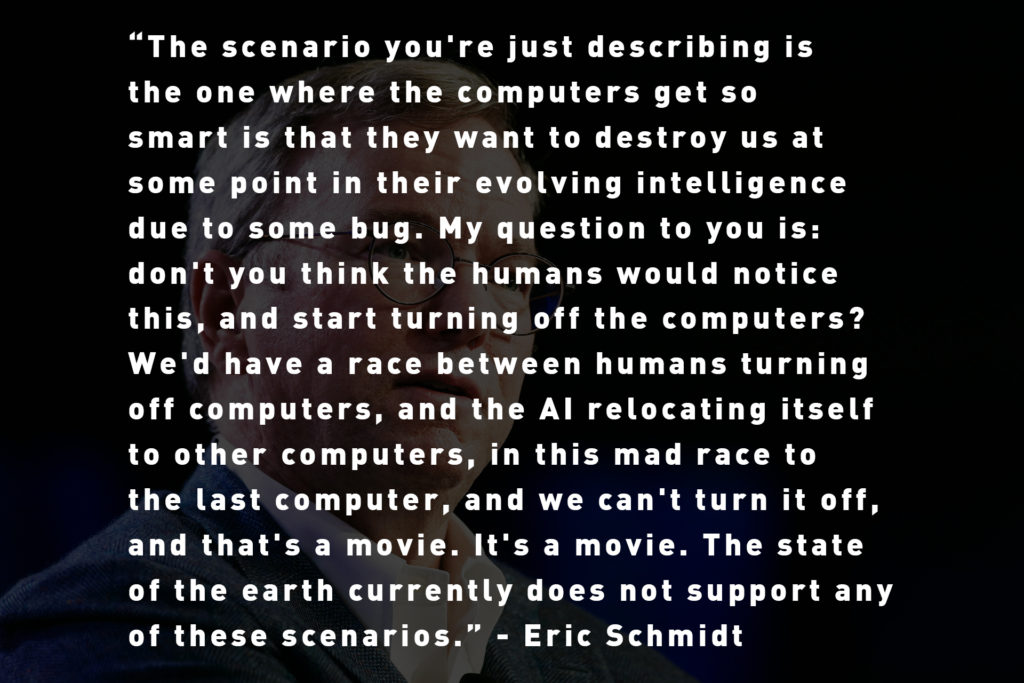 On a final note. I want to address the idea that artificial intelligence will one day take over the world.

Eric Schmidt, the former CEO of Google had a great take on AI, specifically addressing the doomsday scenarios that people are discussing. He said:

“The scenario you’re just describing is the one where the computers get so smart is that they want to destroy us at some point in their evolving intelligence due to some bug. My question to you is: don’t you think the humans would notice this, and start turning off the computers? We’d have a race between humans turning off computers, and the AI relocating itself to other computers, in this mad race to the last computer, and we can’t turn it off, and that’s a movie. It’s a movie. The state of the earth currently does not support any of these scenarios.”

In summary, AI is one of the most critical sectors in computer science today. The services that effectively combine human expertise with artificial intelligence will be the most valuable companies in the world and will help take humanity to a new stage of evolution. However it’s important to have a clear understanding on how computers work compared with how hollywood like to depict AI. In the show notes I’ve includes links to some resources if you want to further study artificial intelligence and the topics I’ve discussed today.