In this guide we’re going to walk through the final element of the SOLID Development pattern, the dependency inversion principle.

If you have had a difficult time understanding some of the other SOLID guides you’ll be happy to know that this principle is probably the most straightforward.

The reason why I think that the dependency inversion principle is easy to understand is because it relates to a real world pattern. Before we jump into the code we’re going to look at how a large company is structured.

Let’s imagine that you’re the CEO of Coca Cola. As the CEO of a multi billion dollar company you will have a number of responsibilities. Some of these tasks might be:

Now let’s look at what you wouldn’t do as the CEO of Coca Cola. You wouldn’t:

As a CEO it would be your job to manage the organization and delegate responsibilities to the executives that report to you. If you spent your time with low level work like making deliveries to 7-11 you wouldn’t be able to properly manage the company.

In a nutshell this is how the dependency inversion principle works. 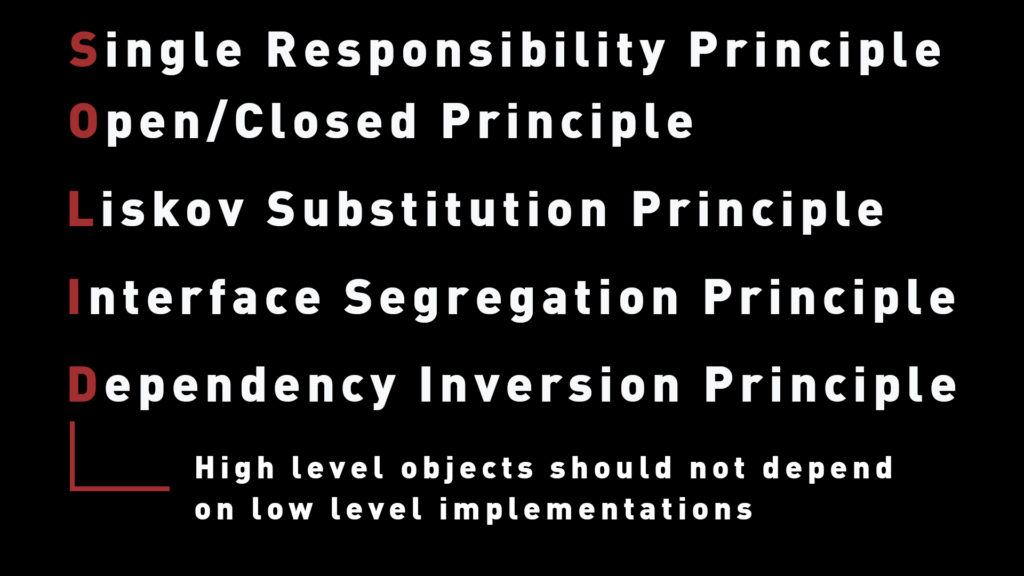 The definition for the dependency inversion principle is that:

“High level objects should not depend on low level implementations” 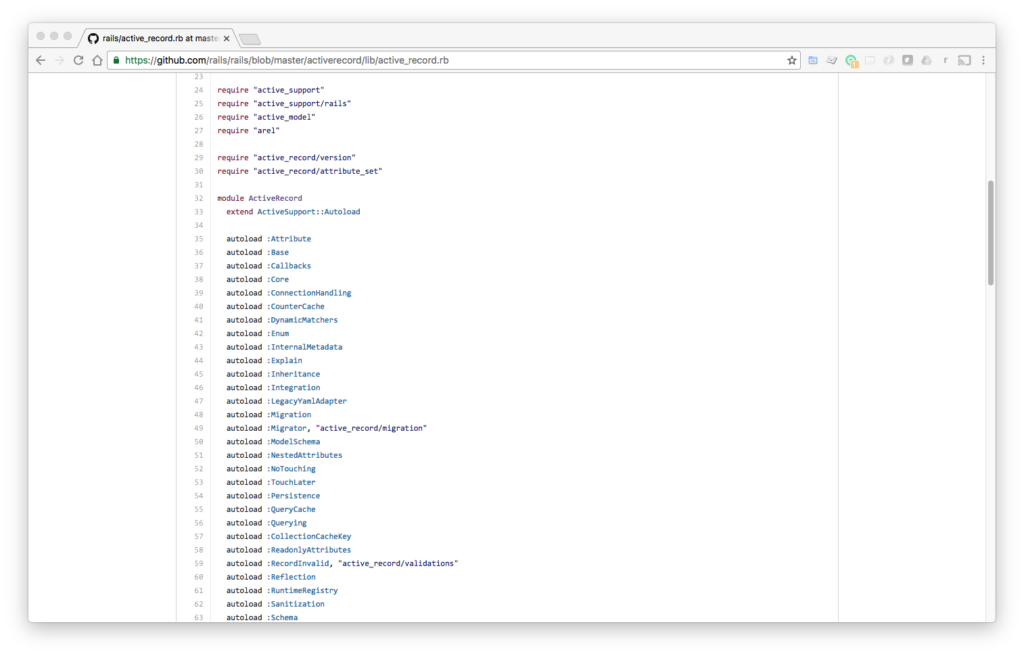 For our code example we’re going to take a look at how the Ruby on Rails framework uses the ActiveRecord module. ActiveRecord is a powerful module that allows applications to interface with the database.

What do you think would have happened if the developers who built the Rails framework attempted to place specific implementation details in the framework? For example, what if they added a database query for users? It would essentially render the framework useless, because it would only work if developers built out a User class that matched the vision of the Rails developers.

Thankfully the Rails dev team chose to follow the dependency inversion principle. If you analyze the ActiveRecord module source code you’ll see that the code is simply concerned with high level functionality. This means that ActiveRecord will let you do things such as:

So what does the other side of the equation look like? If the parent class, in this case ActiveRecord, manages the high level behavior, let’s take a look at a child class. 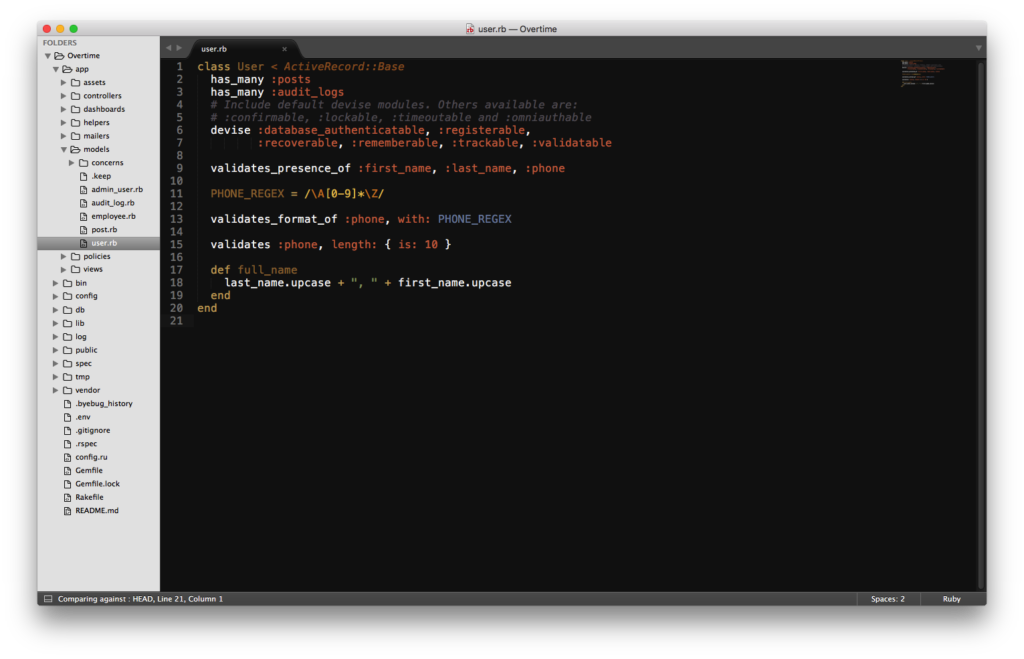 Here is a class called User that inherits from ActiveRecord::Base. This class contains implementation details, such as:

So in review, in our code example:

Overall the dependency inversion principle is a powerful design pattern that allows you to build scalable code that can be leveraged throughout an application.

I hope that this has been a helpful guide to understanding SOLID’s dependency inversion principle, and good luck with the coding!