Continuing on our series on SOLID development principles, in this guide I’m going to walk through the: open closed principle. 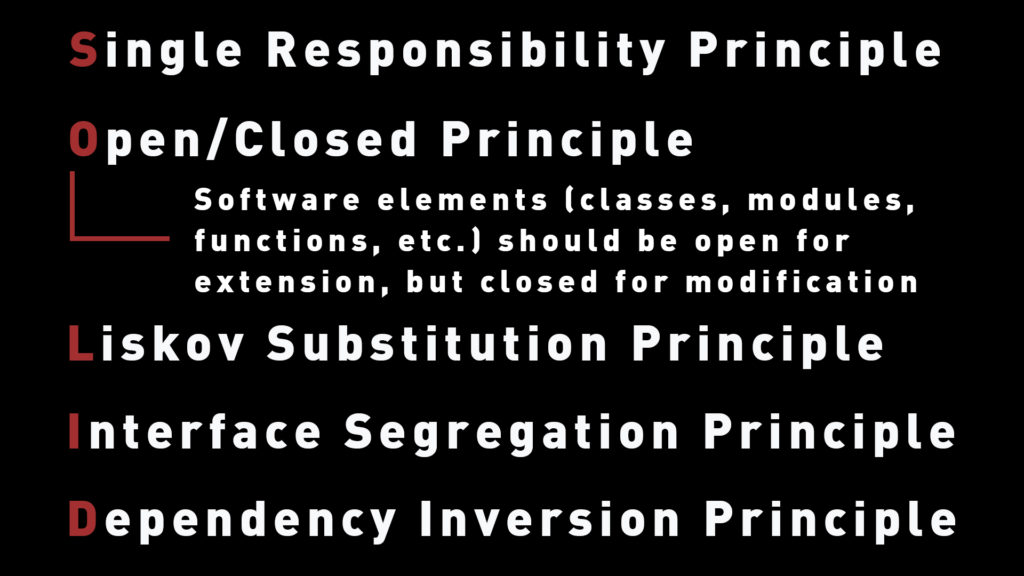 For some reason or another developers seem to struggle understanding this SOLID element more than any of the others. With that in mind I’m going to give a dead simple explanation of how the open closed principle followed by an example.

I think that once you see how powerful this concept is you’ll fall in love with it. Because at it’s core it allows you to scale your code without having to worry about wasting time on legacy classes.

A dead simple explanation of the open closed principle is this:

Software elements (classes, modules, functions, etc.) should be open for extension, but closed for modification

Essentially this means that you should build your classes in a way that you can extend them via child classes. AND that once you’ve created the class it no longer needs to be changed.

The original concept was credited to Bertrand Meyer when he coined the term back in 1988 in his book Object Oriented Software Construction.

If you’ve never attempted this design pattern the concept may seem straightforward. However I think you’ll find this is a skill that takes practice and repetition (much like any other advanced development task).

To understand how the open closed principle works let’s look at a practical example.

I’ve created an OrderReport class that contains some attributes such as customer and total. In addition to the attributes the class also contains a couple of methods.

If we run the program you’ll see that it works perfectly fine and prints out the values for each method. 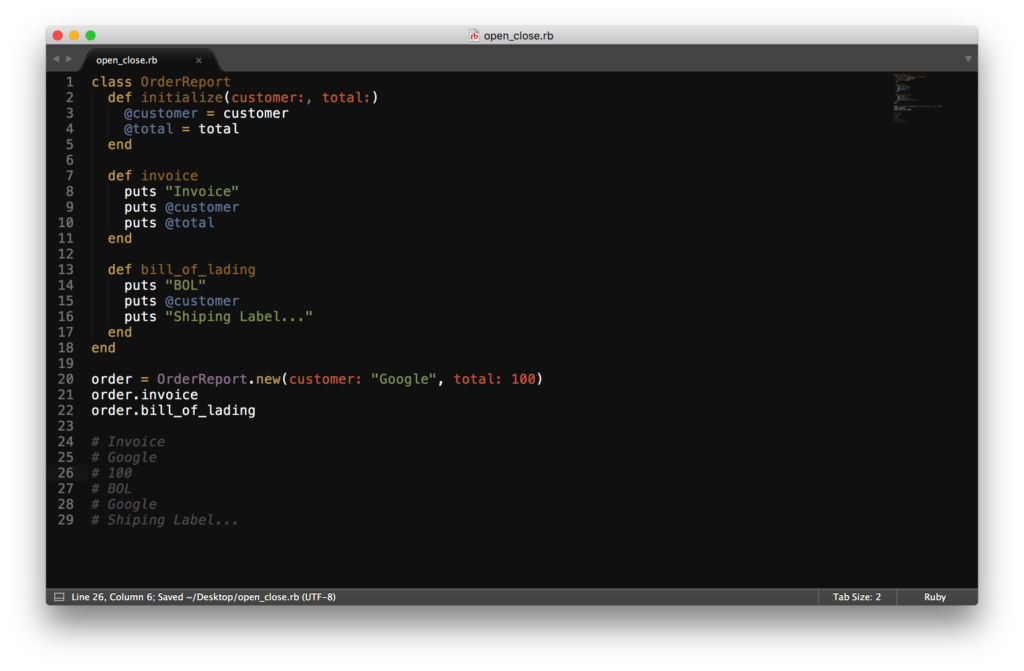 However this class has a nasty secret: it doesn’t like change. Let’s imagine that we’re asked to update the bill_of_lading method to also print out the customer address? 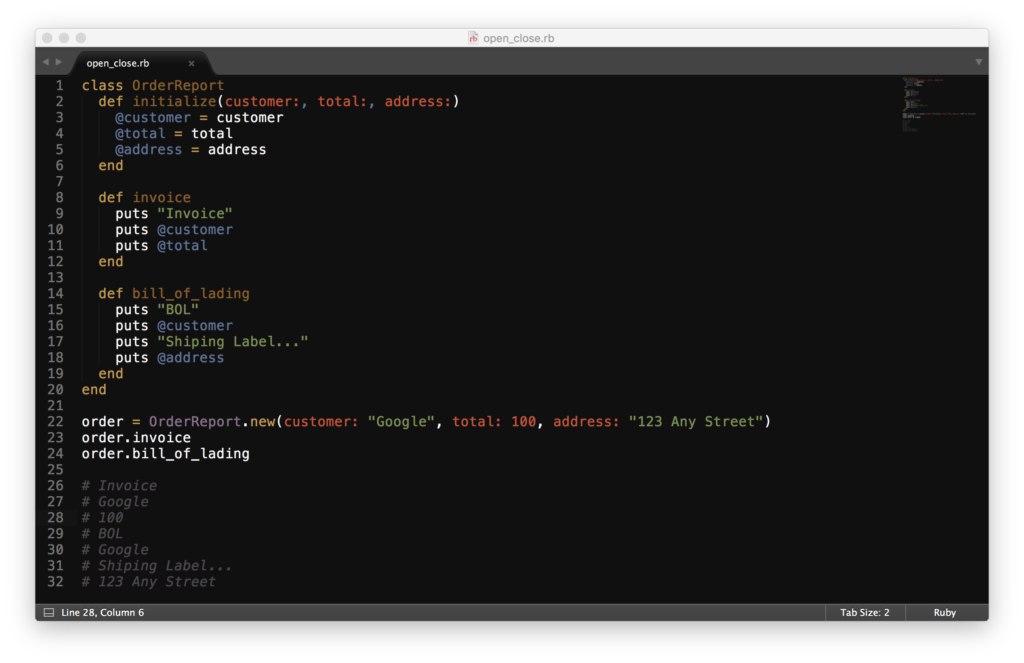 This may not seem like a major change, however in order to accommodate the request we’ve had to make four changes. 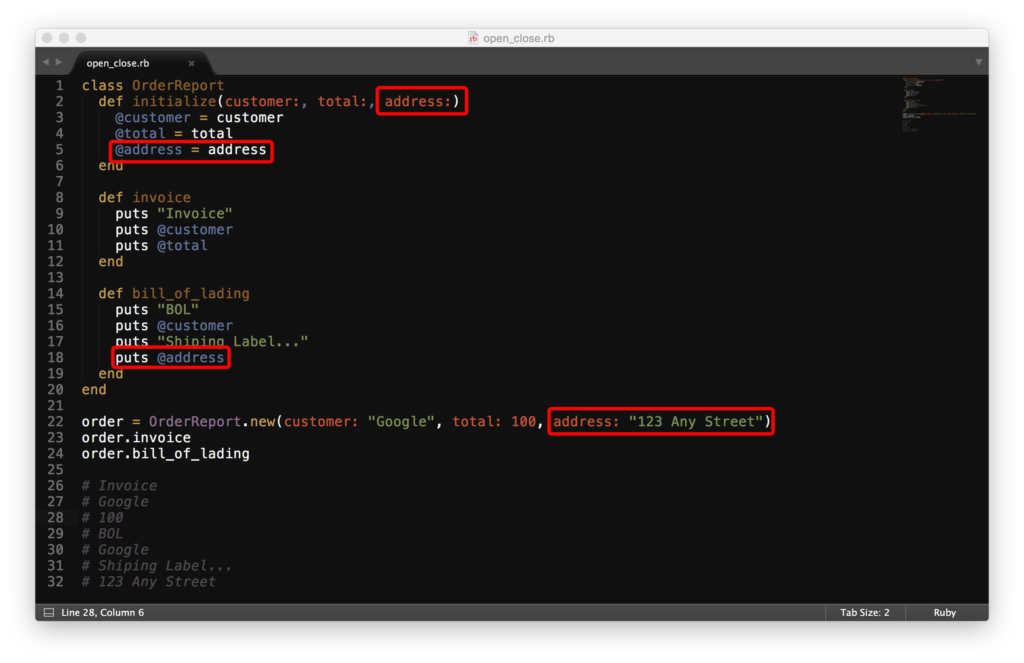 One of the changes is even requiring us to pass an address to the class as a required argument. This means that even when all we need is an invoice (that doesn’t care about the customer address) we have to include the additional element.

Also of note is that this was a very small change. Imagine what would happen if we needed to build a feature such as including a QR code?

So not only is this code not very scalable, it’s breaking the open close principle. A well written class should not have to be re-written in order to integrate a new feature like having an address.

Thankfully we can clean up this entire class and follow the open closed principle by leveraging Object Oriented inheritance. 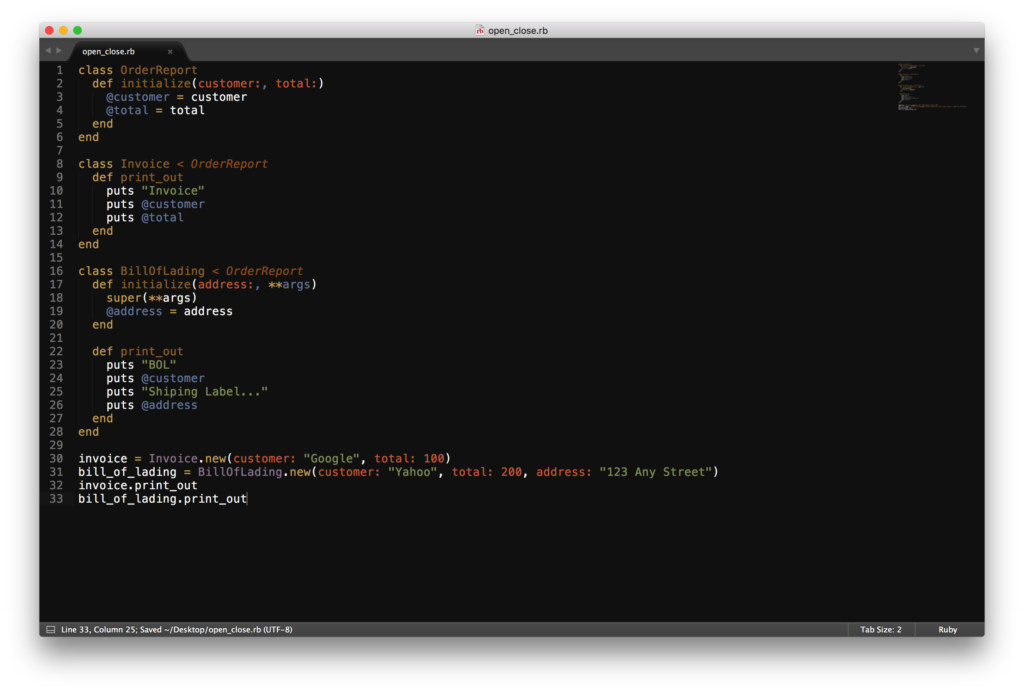 In this code I’ve pulled out the invoice and bill of lading components into their own classes that inherit from the OrderReport class.

This refactor has a number of benefits:

If you run this code you’ll see that it still has the same behavior as before, but now our code is much more scalable and dare I say SOLID?

I hope that this has been a helpful guide to understanding the open closed principle and that you can apply it to your own programs. In the resource section I’ve included a number of links where you can explore this topic in more detail.