When it comes to web development you have most likely heard the server debate of: Apache vs NGINX. In this guide I’m going to walk through an overview of each option and list the pros and cons. By the end of the material I hope that you will have the information you need to make an advised decision on which web server to use.

Before we dive into the Apache vs NGINX debate, let’s examine a quick review of what tasks a web server performs. A web server sits on top of a machine and receives HTTP requests. These requests can be things like: 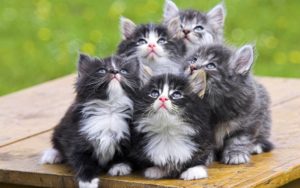 With this data in hand the web server sends back an HTTP response with your cute kittens to your web browser.

So a web server essentially acts like the messenger between a user and the application they want to interact with.

Now that you know, at a high level, what a what server does, let’s decide on which one is right for you. The two most popular web server options are Apache and NGINX.

Both of these options are open source and free to use. Additionally, they’ve both been on the market for years and have excellent documentation and support.

Let’s start by discussing the pros to using the Apache web server.

Now let’s go through a list of the cons of using Apache:

So now let’s walk through the pros for the NGINX web server.

To finish this guide up let’s walk through a few negative aspects of using NGINX.

In summary, in the Apache vs NGINX debate really comes down to what type of application and system you are deploying. Both servers have their respective strengths and weaknesses, however they are both great tools for developers. Lastly, it’s important to note that it’s possible to use both systems at the same time. A popular convention is to layer NGINX on top of Apache to utilize both servers. This type of structure allows developers to take advantage of load balancing and rapid processing from NGINX while utilizing Apache’s comprehensive support.