In talking with development students I’ve discovered one topic that constantly arises in conversation. And that topic is the misconceived notion that great developers are born with a special programming gene. So let’s walk through the question: are developers born or made, from a practical perspective.

Before tackling this question, let’s take a step back and discuss the topic of prodigies. Because whenever someone thinks that a certain group of individuals are born with super human like talent, they’re essentially saying that these special people are prodigies. 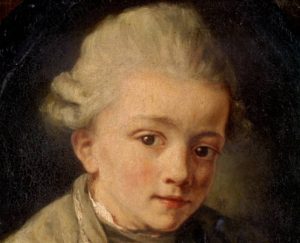 But are prodigies real? Let’s take a look at one of the most famous prodigies of all time, Mozart. At the age of 5 Mozart was playing concert grade music to the royal family. Surely this would qualify Mozart as a prodigy, right?

In his book Peak: Secrets from the New Science of Expertise, research Anders Ericsson dispels a number of commonly held prodigy myths. He had this to say about Mozart:

“If you compare the kind of music pieces that Mozart can play at various ages to today’s Suzuki-trained children, he is not exceptional. If anything, he’s relatively average.”

In his book Ericsson dedicates a full chapter to debunking the concept of prodigies. And in each case he illustrates that the individuals achieved their respective levels of success through massage amounts of work.

Are Developers Born or Made?

Extending the Mozart case study, let’s discuss how this applies to developers.

Whenever we see a skilled coder it’s easy to think that they were born with the innate ability to build applications and that learning new languages and frameworks comes easy to them.

However nothing could be further from the truth. Through the years I’ve known more developers than I can count and I have yet to find a single one that was a born developer. I know programmers that work for Google and Amazon. Along with computer science professors who specialize in research that boggles my mind to think about. And as amazing as all of these individuals are, each one of them became a great developer through hard work and dedication.

In a past guide I’ve discussed the tipping point for developers. The longer I teach and the more I work on my own coding skills, the more I’m convinced that the key to excellence is as straightforward as focused practice.

If you want to become a skilled developer bad enough. And you’re willing to:

You’re going to wake up one day and realize that everything is clicking and that you’ve become a professional programmer.

Why We Love The Prodigy Myth

Before I end this guide I want to address a subtle issue that explains the reason of why we, as humans, love the idea of prodigies.

The concept of prodigies, individuals born with a natural ability to be successful at a certain skill, such as sports, math, or programming can be detrimental to our own success. This belief is dangerous because it causes our minds to have negative responses to failure.

For example, if you’re an aspiring developer who thinks that programmers are born and not made, when you come across a bug that you can’t seem to figure out or a feature you can’t build, your first reaction might be:

I guess I wasn’t born to do be a developer.

I wish I had talent like XYZ programmer, everything seems to come so easy to him.

If you catch yourself with thoughts like these remind yourself that prodigies aren’t real. Developers achieve greatness through smart work and perseverance. The 10,000 hour rule from the Tipping Point book by Malcolm Gladwell may not be exactly accurate. However it does give a general guide for how much work is required to reach a level of mastery.

If you feel like you weren’t born with the ‘developer gene’, go and knock out 10,000 hours of focused practice on building applications. I think you’ll be pleasantly surprised to find that you’ll become so good, that other people will look at you, and they’ll think… that you were just born this way.