I talk quite a bit about improving as a developer. Most of the time I focus on how you can learn new technical skills, such as becoming more proficient in a programming language or framework. However if you limit your knowledge to technical talent you will be decreasing your chances for success in the marketplace. In this guide I’m going to walk through five key developer soft skills that you can utilize to become a well rounded coder.

This list is by no means comprehensive. Instead it represents the skills that I’ve personally used and had success with. From being the IT Director of a national energy company in my late 20’s to the CTO of coding bootcamp with locations around the world, I’ve seen these skills help me at every level of my career. And as you’ll notice, they have very little to do with actual technical ability.

As a caveat, I do not mean for this list to overshadow skills such as practicing clean coding habits or focusing on improving as a developer. Instead these skills should complement your engineering talent. 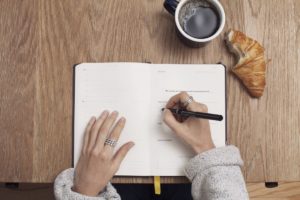 First on the list is the ability to write. In the book ReWork. The authors, who are also the founders of Basecamp and the Ruby on Rails framework, wrote that one of the skills they look for in job candidates is their ability to write. This includes positions that you would think writing skill would be pointless, such as developers and system administrators.

Obviously a developer needs to be able to be skilled as a coder. However the book explains that if a developer can write, it is a sign that he or she is a good communicator. Writing skill doesn’t mean that each memo you write has to sound like a riveting novel. Instead it means that:

If you feel like you lack writing talent, I’ve included a link to some helpful tips in the Resources section of this guide.

Next on the list of developer soft skills is the ability to converse well with others. Now if you’re like me, this is by far the most challenging skill on this list. If I had my way I’d stay behind my desk building applications all day and never interact with a another human. It’s simply the way I was wired, and I know I’m not alone in that desire.

However, conversational skills are an absolute requirement when it comes to advancing in your career. Whether you are a freelance developer looking for new clients or a software engineer looking to get promoted, you’ll discover that the top prerequisite to your success is not technical skill, it’s likability. If someone likes you they are going to want to give you a chance to succeed. And one of the most straightforward ways to get people to like you is by becoming a good conversationalist.

Thankfully I’ve discovered that the system for having great conversations is pretty straightforward. Here are some tips that I’ve used to improve at this skill:

Moving down the list of developer soft skills, the next item is management. Now if you’re an entry level developer don’t tune out. Management doesn’t have to mean managing people or projects. When I say management I’m referencing how you attack each task you’re given.

For example, if you are handed a new feature to build, do you jump right in and start coding? Or are you more organized with your approach?

If a client or managers see that you take a systematic approach to every task you’re given they are going to feel more confident giving you more responsibility.

For improving this skill I recommend you reading up on project management books or taking an online course on the topic. The few days that you’ll spend learning about management practices will help serve you well the rest of your career. 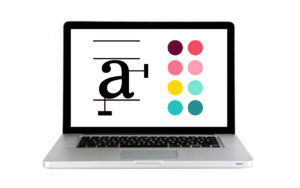 Next on the list is design. In Scott Adams (the creator of Dilbert) book How to Fail at Almost Everything and Still Win Big, Adams describes how knowing the basic fundamentals of design should be required knowledge for all engineers. I can’t tell you how many times I’ve heard a developer say something like “design really isn’t my thing”. It’s fine if your top skill isn’t design. However learning the basics of what qualifies as a well crafted design takes such little work, that anyone who doesn’t learn about it is simply being lazy.

As a developer, if you haven’t researched what it takes to create a good design, you are going to be quickly bypassed by others who read a single book on the topic. There have been multiple times early on in my career where I neglected design and it cost me dearly. I remember one time where I spent weeks building an incredibly complex feature to only have management spend the entire meeting talk about how much they hated the design, while completely ignoring the actual functionality. If I would have spent a few hours to design the look and feel of the product the meeting and project would have had a more favorable result.

I’ve included a link to a great book on design in the Resources section of this guide. 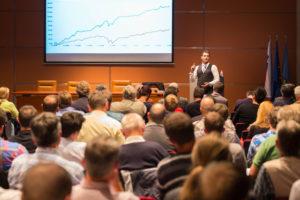 Last on the list of developer soft skills is public speaking. This may seem like a useless skill for a software developer. However let me give you two scenarios to think about:

If you were in the room which one of the projects would seem more appealing? It doesn’t take a MBA to know that the developer in scenario #2 will win each time.

Note that both of the projects were great pieces of software. Like I mentioned earlier, soft skills are not a replacement for technical skills. They are something to layer on top of programming expertise. You could give a Steve Jobs’ level speech, but if the product doesn’t work it won’t matter.

Public speaking is ranked as one of the most feared tasks to perform. However, I can tell you from experience that you can improve at public speaking quite easily. There are two things that I’ve done to become a better speaker:

So now that you know the list. How important are developer soft skills? I can’t tell you how many times I’ve seen an inferior developer promoted to management simply based on their ability to speak well in meetings or converse with co-workers. Remember that the key to each of the skills on this list is that they help people feel more comfortable being around you and that they will be confident that you can get the job done. Likability and confidence are two key prerequisites you’ll need in order to gain an edge in the marketplace.