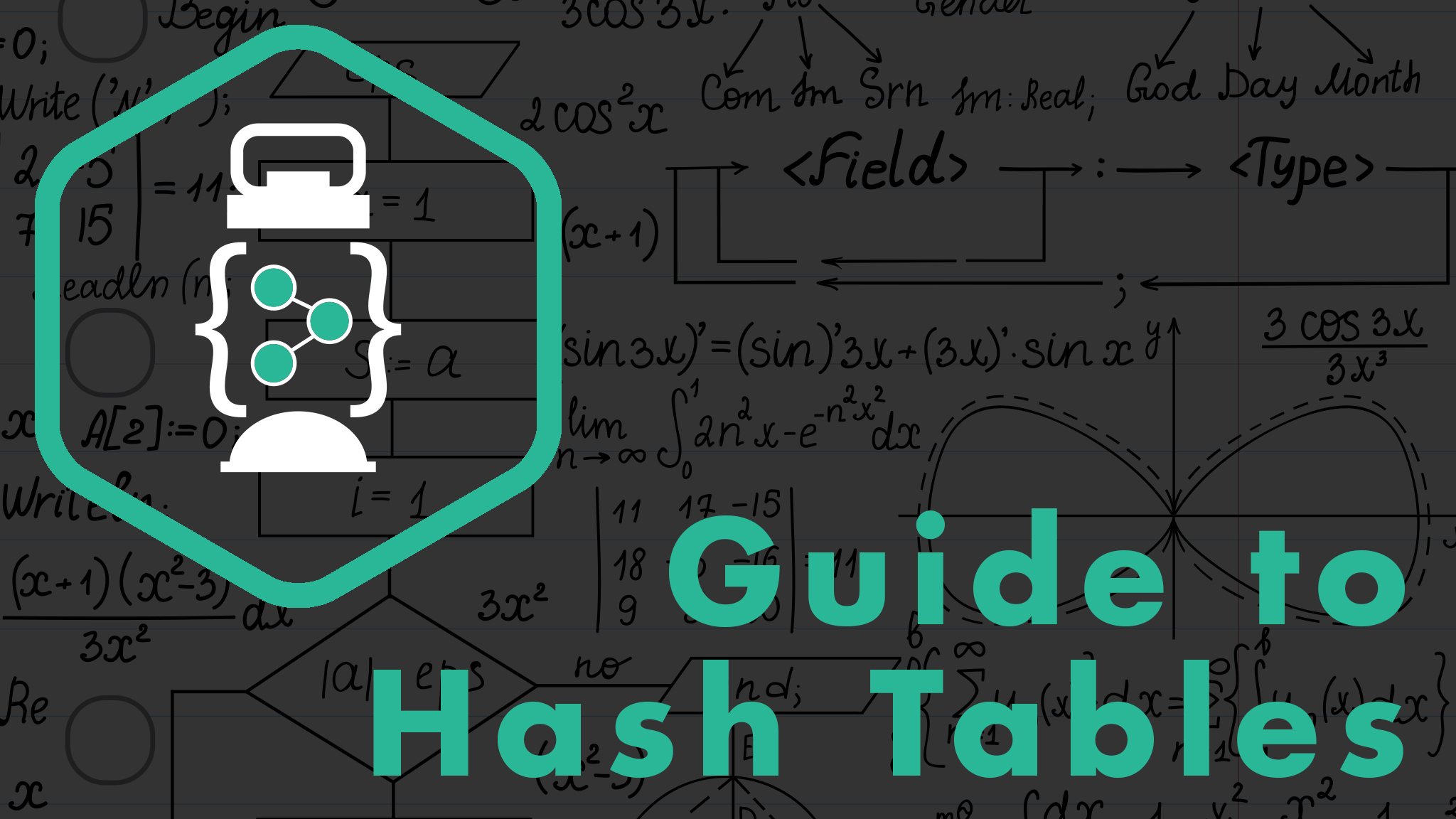 No course on data structures would be complete without discussing the topic of hashes. The reason for this is because hashes are used constantly in the software development world.

Before we dive into hashes, I want to give a warning. If you are coming from a language, such as Ruby, you may believe that you’re already familiar with hashes because of the Hash data type. Language such as Ruby have a key/value pair data structure called hashes.

However you will quickly discover that computer science based hashes are a bit more complex than the Ruby data type. I’ll give you a quick example of the key difference. In Ruby we can create a Hash that contains a list of baseball players and their respective positions like this:

This part of Ruby’s implementation of a hash works properly. However what happens when we attempt to add an item to a key?

If you run this code and look at the values of the players hash you’ll see that it contains the following value:

By default, if you present a Ruby based hash with another value for a key that already exists it will simply replace the old value with the new one. This works fine for Ruby purposes, however computer science Hashes require more advanced behavior. And that’s what we’re going to cover in this guide.

Before we can walk through the behavior of a Hash it’s important to understand its structure. My favorite real world analogy for a Hash is a numbered shoe cubby. 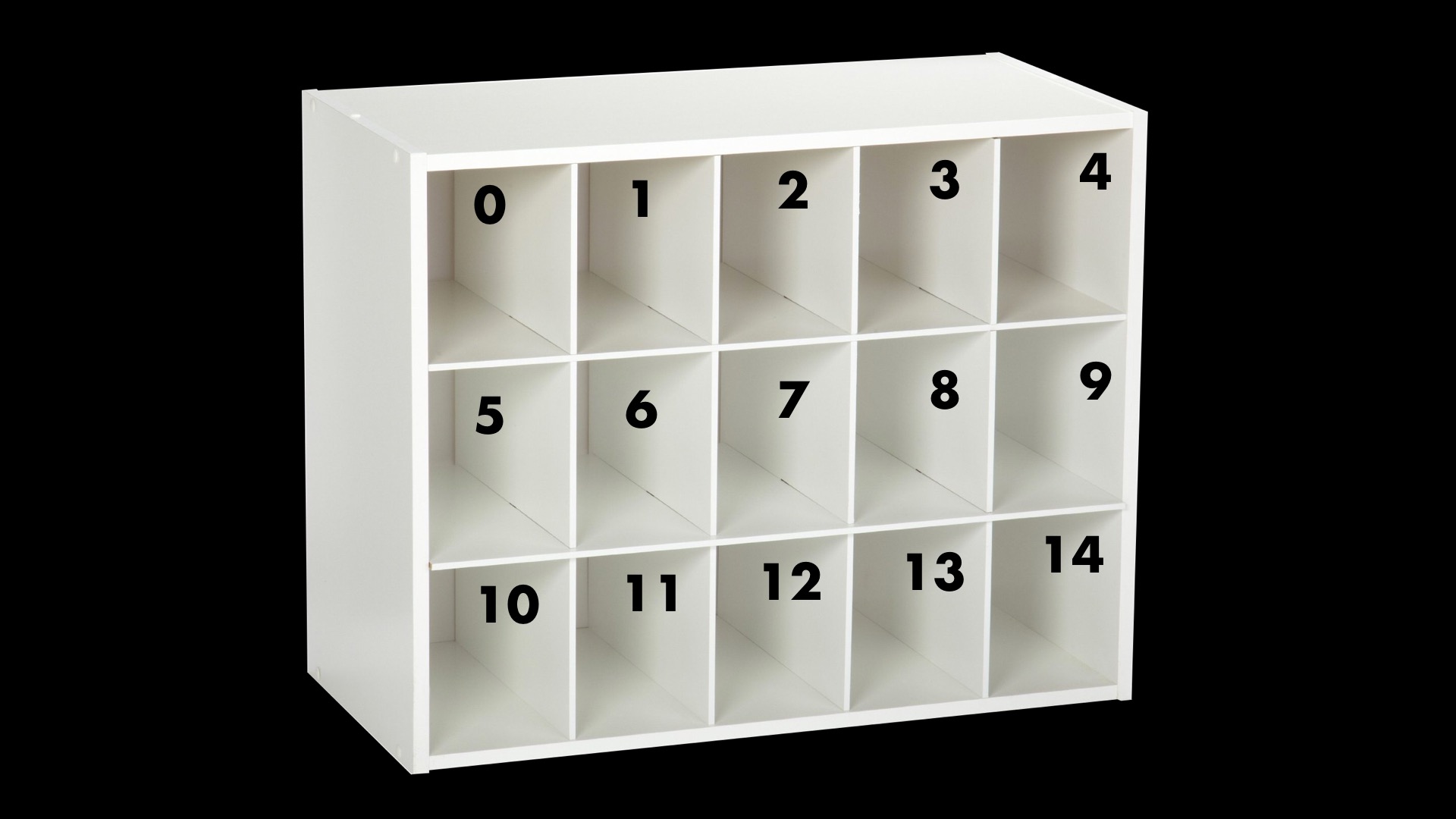 As you can see in this image we have a shoe cubby and each of the slots has a unique number. If we start populating the cubby with shoes we don’t have to keep track of the shoe names, we can simply reference their ID based on the cubby number. 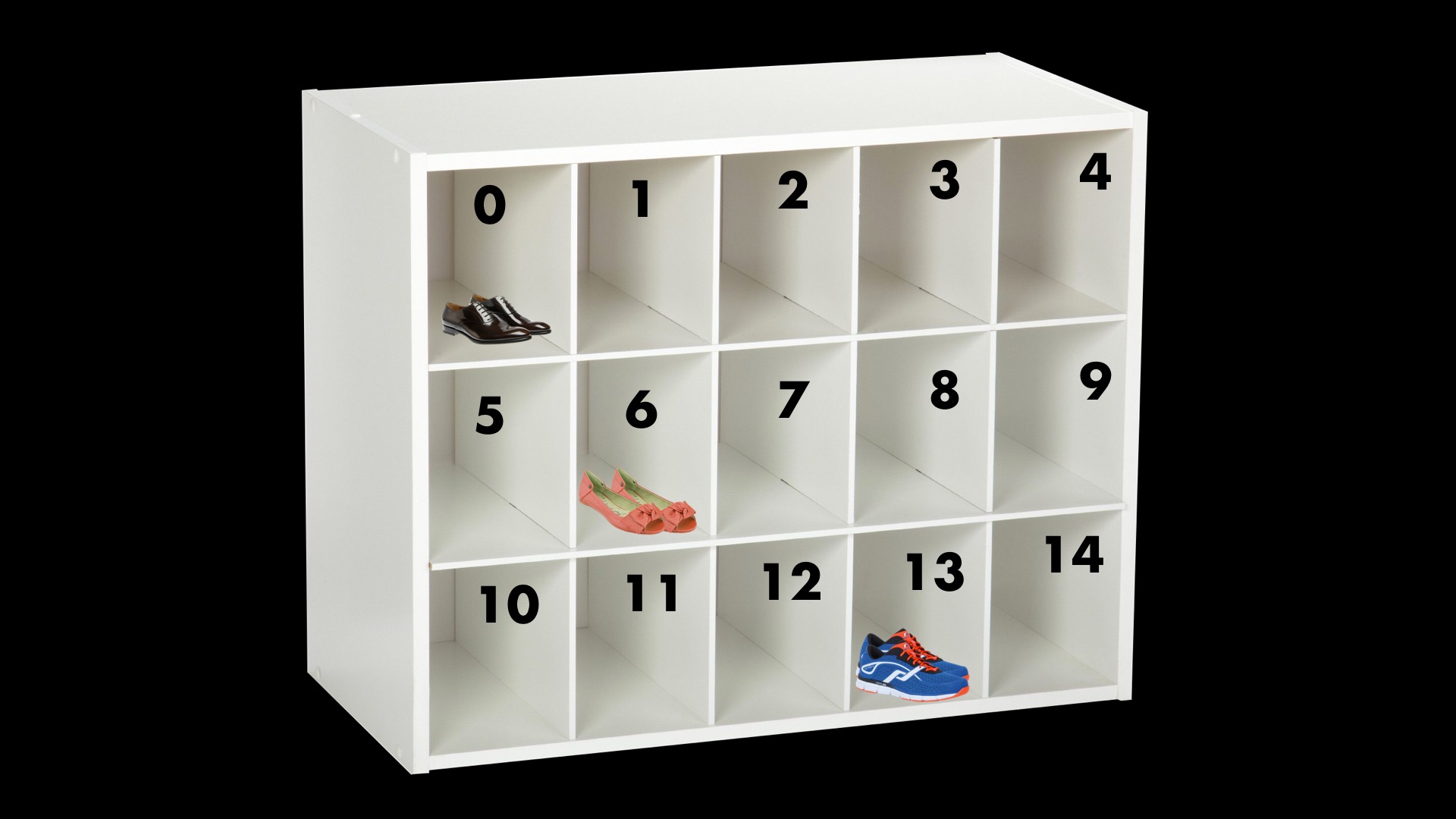 In this example if we call 13 it will return the blue running shoes. 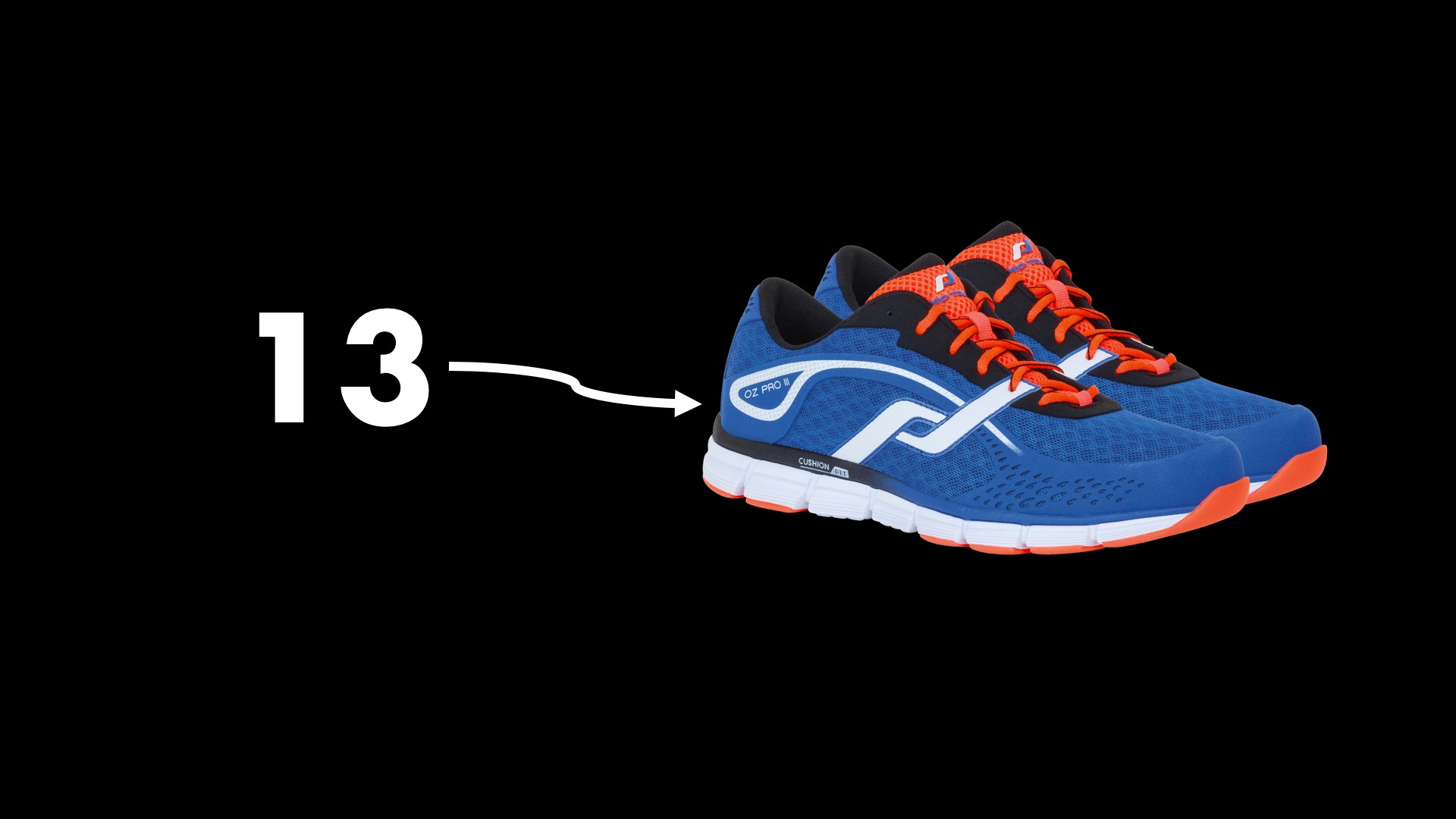 Pretty straightforward, right? At a high level, a Hash operates with a key/value based system. This is a powerful tool for computer scientists since it allows for rapid lookups of data. But as you may have noticed, so far this is pretty much identical to how an Array works. So what’s the difference between a Hash and an Array? There are a number of key differences and we’ll start by looking at the most important one first.

When it comes to adding items to an array, the algorithm is pretty dead simple. You simply add an item to the end of the array or to a specific index value. However, adding items to a Hash are quite a bit different.

The whole point of using a hash is to organize data in a structured format that allows for near instant search speeds. The only way to accomplish this type of behavior is to create what’s called a hash function that will decide what key should be used for a specific data set. This same hash function is what we’ll use for finding elements in the collection when performing a search.

One of the most popular (and straightforward) hash functions is the folding method. The goal of the folding method is to pick out which slot an element should be added to. You can think of this as being the strategy you’d use for deciding on which cubby you’d place a pair of shoes into. This is a critical component for working with Hashes because it will be the logic that decides how elements are organized and also how you find items.

Let’s take a practical look at how we can create a hash function using the folding method approach. I’ll use the Ruby language for this implementation and we’ll build a hash function that organizes the data for social security numbers.

If this code looks a little foreign, don’t worry I’m going to walk through each line. Believe it or not, this is actually a pretty straightforward algorithm (especially compared with other hash functions).

The argument we’re passing to the scan method is /.{1,2}/. This is a regular expression that will return the values in pairs (that’s where the 2 comes in), except for the last element, which will be by itself (which is where the 1 comes in).

Now that we have our total we’re almost done! The final line of the hash function is total % slots. This line uses the modulus operator to get the remainder of the total divided by the total number of slots. Extending our example, let’s imagine that we have 20available slots that we want our hash function to work with. The final line would process the equation 176 % 20, which results in a remainder of 16. And this 16 value is the slot that we’ll slide the social security number 234782231 into.

Phew! If that process is a bit fuzzy I highly recommend working through the code example so that it can solidify in your mind.

If we run the code with these social security numbers and 3 available slots:

You’ll see that we get the values of:

So to review, this means that our hash function is saying:

In order to search through a hash you’d simply pass the social security number into the hash function again and it will return the location that the value was placed in. Pretty cool, right? This process is extremely fast since it results in constant time, which pretty much means instantly.

But there is trouble in paradise. Did you notice how our social security numbers got placed in duplicate slots? In a perfect world our hash function would sort items into unique slots. However we’re not in a perfect world and you’ll discover quickly that there will be many times where values get sorted into the same slots. When this occurs in computer science, it’s called a collision.

The result of a collision is that when we run the hash function to find a value, our algorithm may find multiple elements in a single slot.

But have no fear, the great computer scientists that came before us planned on collisions occurring and there are a number of ways to resolve collisions.

In this code I’ve created a variable called @taken_keys that will store an array of keys. Each time the hash function is called it will add an item to the list of keys that are taken. And as you can see, our conditional in the method checks to see if a key has been taken and if it has it calls the hash function recursively and increments the number of slots. If you run this code you’ll see that it fixes our collisions:

This solution has a few drawbacks:

This was a very naive implementation of open addressing, however it should give you an idea of the high level concept. Open addressing’s goal is to place validations inside of hash functions and ensure that new elements are added to open slots.

When it comes to resolving collisions in hashes I prefer to utilize the chaining method. Chaining is the process of allowing collisions to exist in a hash structure, and to chain the elements together.

Going back to our shoe cubby illustration. If we allow collisions to occur it would be like allowing multiple pairs of shoes to be placed inside the same cubby, like this: 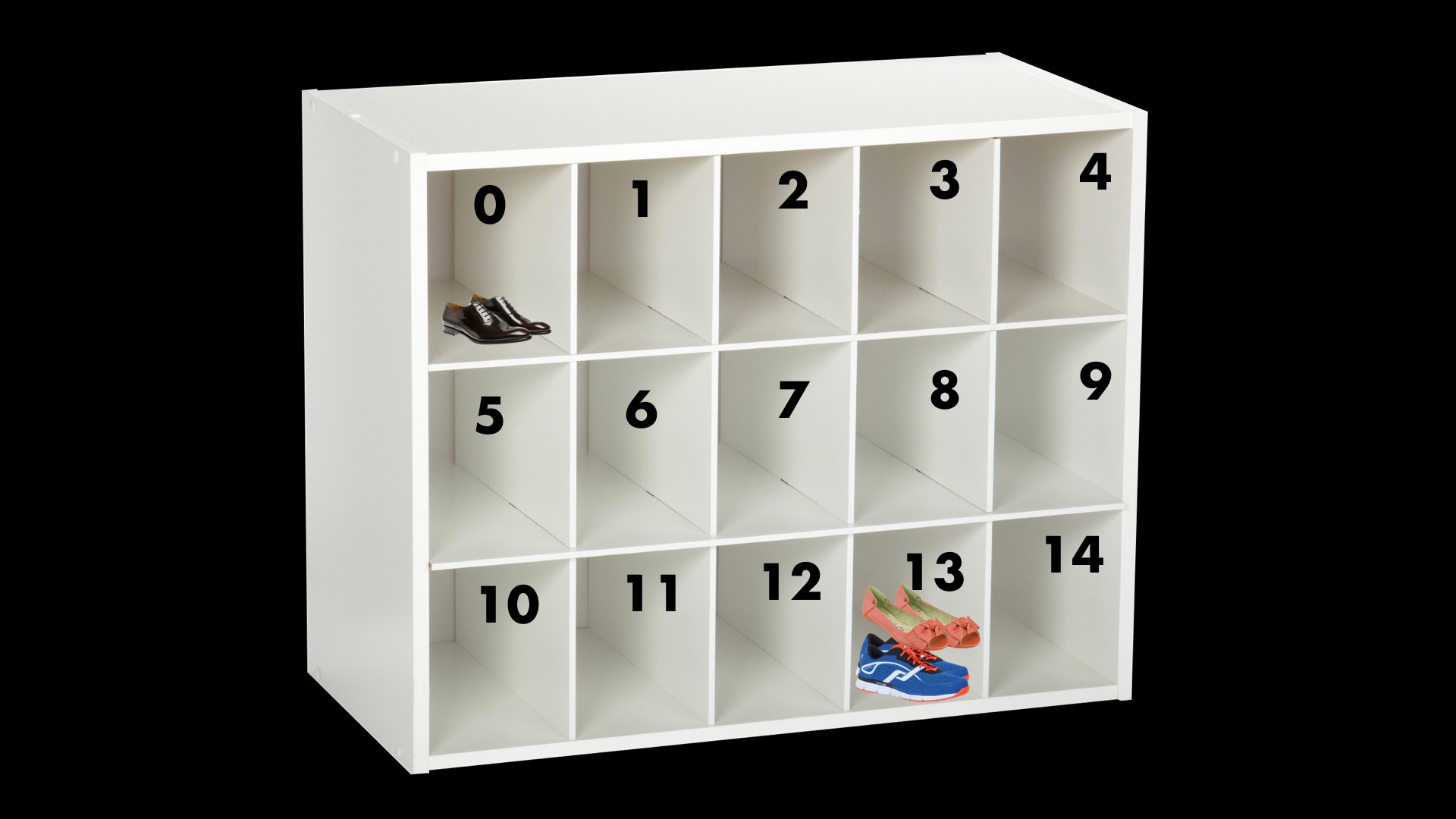 However it’s not good enough to simply toss the shoes into the cubby. If we zoom into the cubby we’ll see that the shoes are connected. So when we grab the shoes we’ll grab the full set of shoes and look at each one until we find the pair we’re searching for. 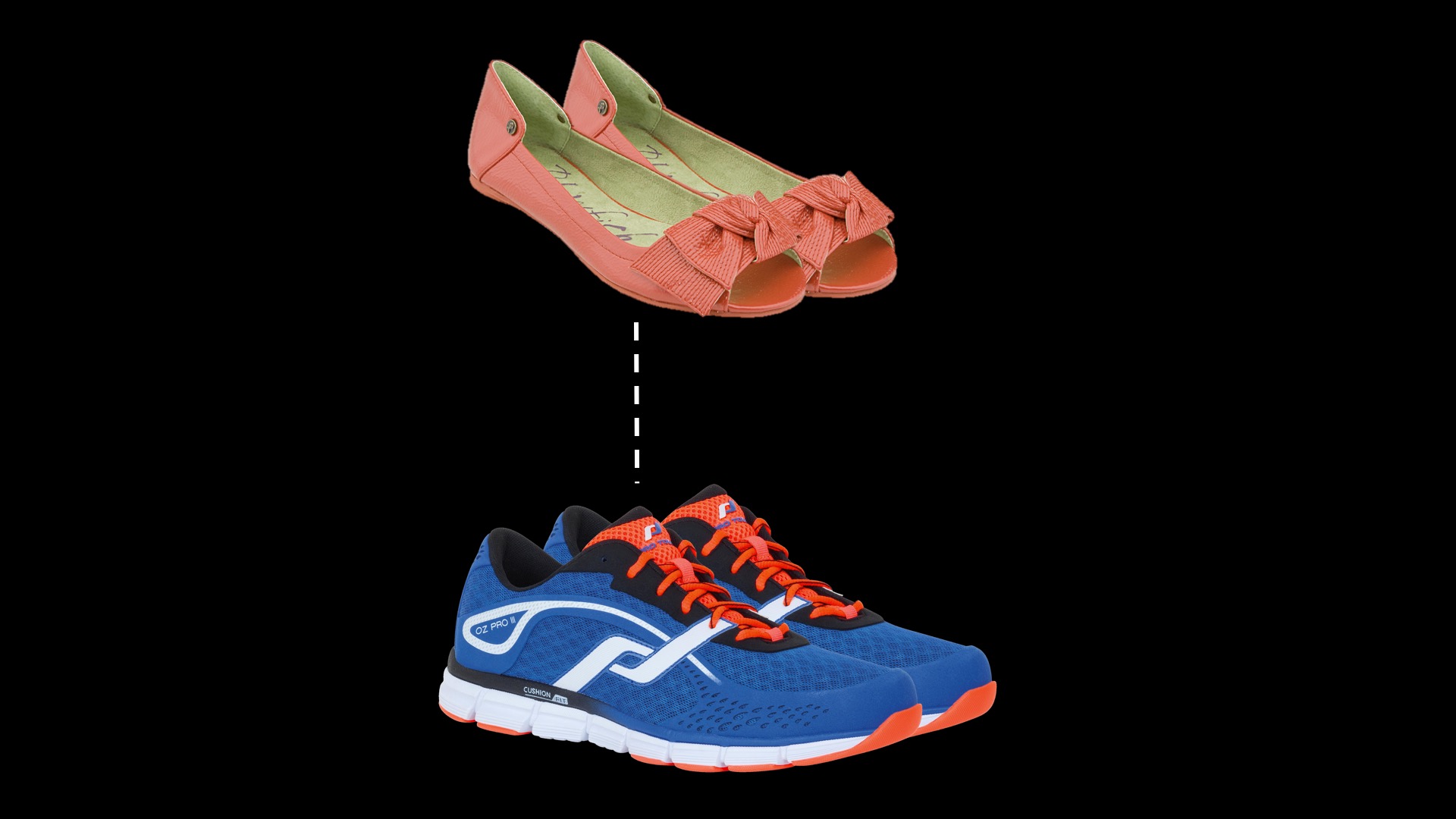 In hashes this behavior is typically accomplished by utilizing the linked list data structure. So in this case we can keep our original hash function algorithm. And when we encounter a slot that has multiple elements we can simply iterate through the collection until we find the value we’re searching for. This slows down the algorithm a bit, however it’s still exponentially faster than searching through an Array in most cases.

In summary, the Hash data structure is a powerful tool for organizing and searching through data. As with any data structure, the main key to success is to ensure that Hash behavior is a good fit for your program’s requirements.